TO EACH HER OWN FILMS is a truly independent film company & would really appreciate any help spreading the word. Please take the time to tell your friends about the film & LIKE our fan page at www.facebook.com/toeachherownofficial. All proceeds go towards creating queer media. I am dedicated to creating films that contribute to stopping homophobia both external & internalized. Let’s create change! 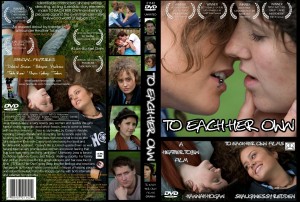 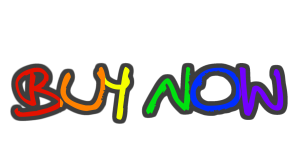 TO EACH HER OWN

TO EACH HER OWN MOVIE: Jess meets Casey, a very openly gay woman and quickly the girls form a strong romantic bond which forces Jess to come to terms with her sexuality; risking her family and hurting her best friend/husband. 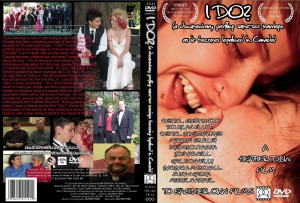 I DO? (a documentary profiling same-sex marriage becoming legalized in Canada)

BOTH FILMS ARE AVAILABLE for purchase as an INSTITUTIONAL, EDUCATIONAL, NOT FOR PROFIT COPY, which come with a public performance license that allows classroom, library use & on-campus screenings that are free for students of that school & not advertised to the general public.  If you plan on charging admission, expect an audience of over 50 (in a setting other than a classroom) or publicly advertise the screening, I ask that you contact me directly heather@toeachherownfilms.com for an additional screening fee to be worked out on an individual bases.  PUBLIC PERFORMANCE RIGHTS (PPR) allow educational and non-profit groups to exhibit DVDs to groups of 50 or fewer individuals where admission is not charged. The term of the public performance license is for the life of the DVD. DVDs purchased without PPR are restricted for individual viewing or face-to-face teaching in the classroom.  You can also purchase an in-perpetuity digital rights license alongside the PPR for closed circuit streaming.

Remember to make sure you purchase the right version for your country NTSC or PAL.

TO EACH HER OWN MOVIE

Screened at over 60 International Film Festivals

Screened at over 30 International Film Festivals

How Equal Marriage was born in Canada

BUY DVD FROM AMAZON CANADA ONLY